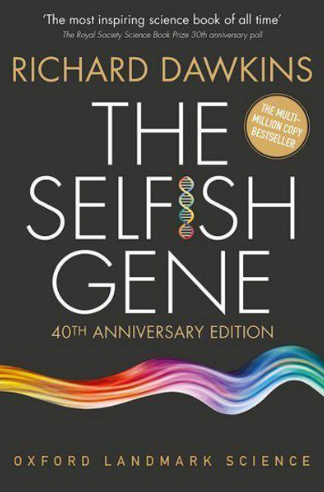 Dawkins can be a polarizing figure. I'm mindful of how his work would have been received at the time it was written. I understand many of the comments that people make on him, but I find the vast majority are either misunderstanding him (you need to take him very literally but I find people read into his words, things that he's not actually saying), or are feeling like their deep-held beliefs are being severely challenged. I have no doubt that the latter hurts.

It's hard to believe that this was written 40 years ago, as the ideas are still fairly fresh and interesting to listen to. I liked the way that, instead of fixing his earlier ideas on the fly, he read the book as it was originally written, then inserted final paragraphs after each chapter if necessary to show where he'd updated his thinking or where he now thinks he was wrong. Being prepared to do so, is one sign of a true scientist. Many others would have just updated the content to current thinking.

One the whole though, I think he's done a great service to humanity, in helping us break out of medieval thinking.

This book explains his thoughts on many aspects of evolutionary biology. He dives into genes as persistent units of information, and the bodies that they inhabit, are basically vehicles chosen for their ability to aid in the replication of the genes.

One thing that I didn't particularly like is that in a number of places, he really belabors the points being made. I presume that more modern eyes don't need the reinforcement that readers 40 years ago would have needed. I also find that the analogies start to break down the further they are stretched.

The cover said "The most inspiring science book of all time". That would be a big call, and I can think of others that should have that moniker instead.

This book is interesting and I understand that many would find the concepts challenging to their world views. It must have been ever so challenging at the time the book was written.