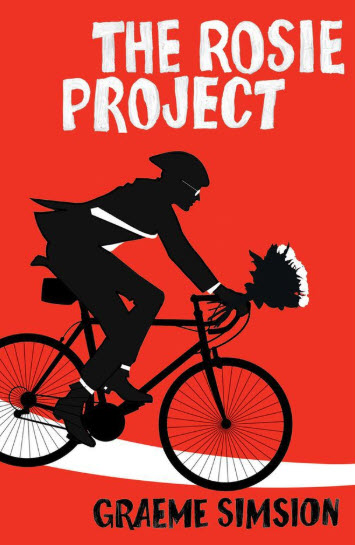 One of my continuing projects is to run a series of podcasts with people that I think are interesting in some way, from the data community. I tend to do them in bursts, normally when there's a new version of SQL Server coming. (I'm about to publish a series of SQL Server 2019 podcasts). One person that I interviewed early on though was Graeme Simsion. You can find the podcast here. It was show 10 back in December 2005. Graeme was a well-known Data Modeler.

Well while he was (and is) a good data modeler, what Graeme has since become more famous for is a series of books that started with The Rosie Project.

I remember how impressed I was when Bill Gates recommended it as one of his favorite books of the year. Having read it some time back, I can wholeheartedly agree.

It's a story about a guy named Don Tillman. He's getting married but he just hasn't found a bride yet. To help him get there, he's designed a 16 page survey. He's also got a list of things that would immediately remove a potential wife from consideration, like smoking.

In an ironic twist I used to have a guy working for me who had a very similar plan. I clearly remember the day he told all of us in the office that his plan was to be married by the end of the following year. We asked who he was marrying and he told us he hadn't met anyone yet. (BTW: That guy's still unmarried).

Rosie comes into Don's life and she completely disarms him. She also is on her own quest, and is trying to find her own father. Because Don has a chair in genetics at a local university, she thinks he's the ideal guy to help her find him.

There are lots of twists and turns and funny moments. You can see some of Graeme's university background coming through in some of the tales.

Overall, it's just a bunch of fun, and I remember that I couldn't wait to have the next in the series, to find out what happened. I'll write more about the follow-up novel another day.

Bottom line: Just read it or listen to it. You won't regret it.

Note: as an Amazon Associate I earn from qualifying purchases but whether or not I recommend a book is unrelated to this. One day it might just help cover some of my site costs. (But given the rate, that's not really likely anyway 🙂