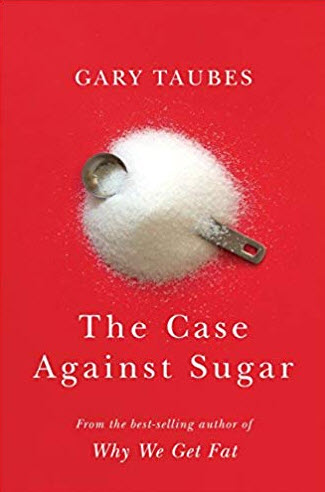 You would have to be hiding under a rock to have missed the current low-carb ways of eating, and particularly the ketogenic thinking about food. Central to much of this thinking though is cutting carbs in general. The hard part about this for most people, is cutting the primary source of carbs and that's sugar.

If ever there was a leader of the fight against sugar, it's Gary Taubes. His book The Case Against Sugar is very significant.

I remember him shocking people years ago by pretty much pronouncing sugar as toxic. When I look back over my own life to date, I think he's right. If there's anything that I wish I could go back and change, it would have been my various forms of addiction to sugar, in all its forms, including innocuous ones like bread and rice.

In this book, Gary presents a case directly against sugar and implicates it primarily as the the number one thing that's led the world into a Type 2 Diabetes epidemic. I'm one of those people, and when I make the best progress, it's when I've basically eliminated sugar and carbs.

The verdict isn't totally in, as you can imagine, but I think you'd be pretty hard-pressed to read or listen to this book, and not come to the same conclusion. And every single day, I now see the results of this in various forums that I'm part of.

As a book, it's compelling but I do think he belabors a number of points. I'm sure he's doing that to simply drive the main message home. But there are some sections where I think he made the same point again, and again, and again. That could have been less.

I really suspect that in the future, when the dust settles on all of this, Gary's thinking will be seen to have been seminal in starting to fix our current issues.

It's interesting that the sugar industry is now seeing the writing on the wall. Sugar was one of Australia's key exports in the past. Fortunately that's in decline. But I note with interest the pop-up stalls in shopping malls now where sugar is being defended with near religious zeal. I'm reminded of how cigarettes were defended when I was young.

Bottom line: If you have any doubts about the role that sugar plays in our lives, just read it or listen to it. You won't think the same way again.