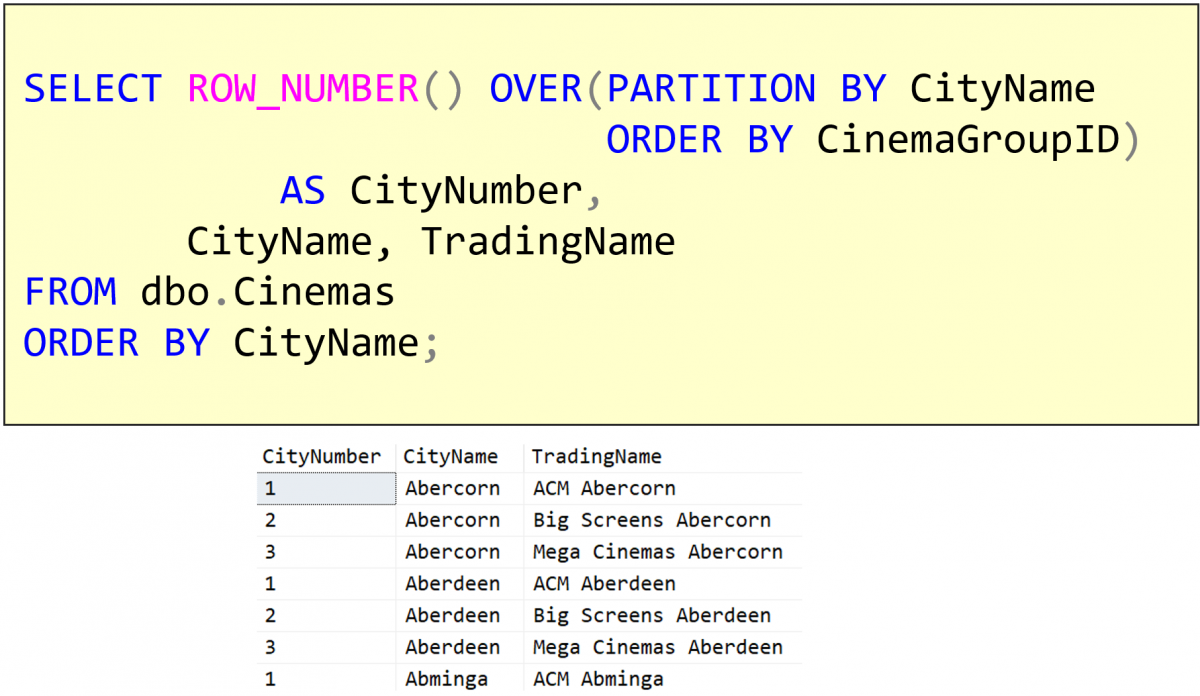 Imagine that I've used ROW_NUMBER to number all the cinemas in my database. I'll get values from 1 to the maximum number of cinemas. But what if I want to number the cinemas within each city? i.e. Aberdeen has three cinemas, so number them 1, 2, and 3. But when we get to the next city, start the numbering again. We can do this by adding PARTITION BY to the OVER clause.

PARTITION BY and OVER can do many, many things and I don't want to get too far into complexity on this in today's post, but I do want to mention that when you have a window function like ROW_NUMBER, RANK, DENSE_RANK, and NTILE, instead of just returning one large set of values, you can partition the values by using PARTITION BY.

As another simple example, imagine I need a row number for each order line in an order. I can just partition by the order number.

It's not just row numbering though. With NTILE, I could allocate the results of exams into bands, but partition the entire set by which class the students are in, or by which exam they took.

Partitioning the data into groups can be very useful.