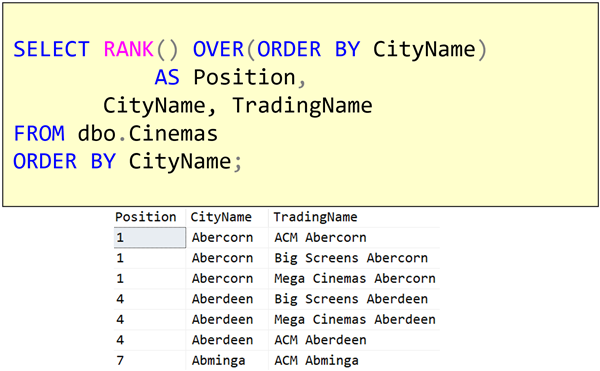 In my last T-SQL 101 post, I mentioned ROW_NUMBER. It let you put a row number or position beside each row that was returned. Sometimes though, you want a rank instead. A rank is similar but it's like a position in a race.

That's the most common form of output but occasionally, people want the same thing, but without gaps. DENSE_RANK is like RANK, but it doesn't have gaps. 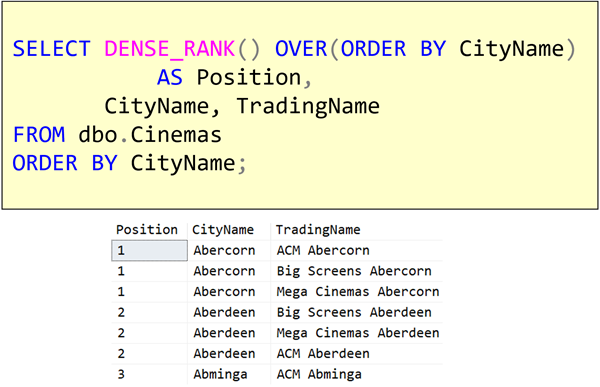