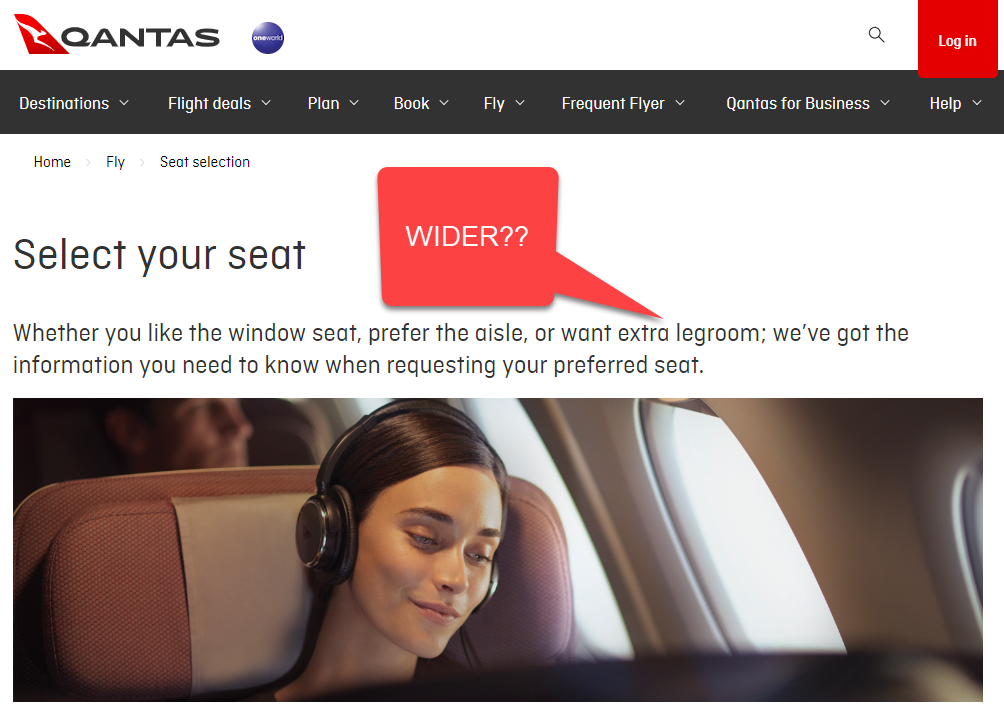 I was reading a story about a woman in the US who was removed from a flight because she didn't want to sit in the middle seat between two large people either side of her. When questioned by another passenger, she responded "do you want to sit between those two pigs?"

Now if you replaced weight (which is contrary to common perception a nasty medical situation, not just a result of endless self-indulgence), in that story, with race, religion, other physical disability, etc., the public outrage would be huge.

Let's get something clear here. For a long time, the medical profession and the governments claimed that eating fat was the primary culprit, and that overeating and inactivity was the secondary cause for weight gain. Unfortunately for everyone involved, that's never been true.

When inflammation, insulin, and other hormones get involved, telling people to just eat less is like telling someone to just stop growing quite so tall.

Cold hard reality is that the medicos had it wrong for a very long time, and ignored all research to the contrary. The real reasons are now becoming quite apparent, and I'll just note that if you still think people get overweight primarily from overeating, and inactivity, you are both wrong, and you are part of the problem.

This has allowed there to still be a legal discrimination against overweight people, and worse, it allows for people to feel justified in victim shaming. The same people wouldn't be game to blame short kids for being short, tall kids for being tall, Asian kids for being Asian, or blind kids for being blind, etc.

And so we have the woman in the story above, feeling justified in calling the overweight people in her row "pigs". And somehow that's meant to be OK.

And now we come to the real culprits of this story, even though they are rarely directly blamed. Airlines have been constantly reducing passenger space on airliners for a long time, at the same time that average passengers have been getting larger.

How is this OK?

Then when people don't fit in the seats any more, somehow it's their own fault?

And yet if you're tall, the airlines cater for you. But not if you're wider.

I love flying with Virgin Australia, but it's the same issue. Note their page on Economy X. 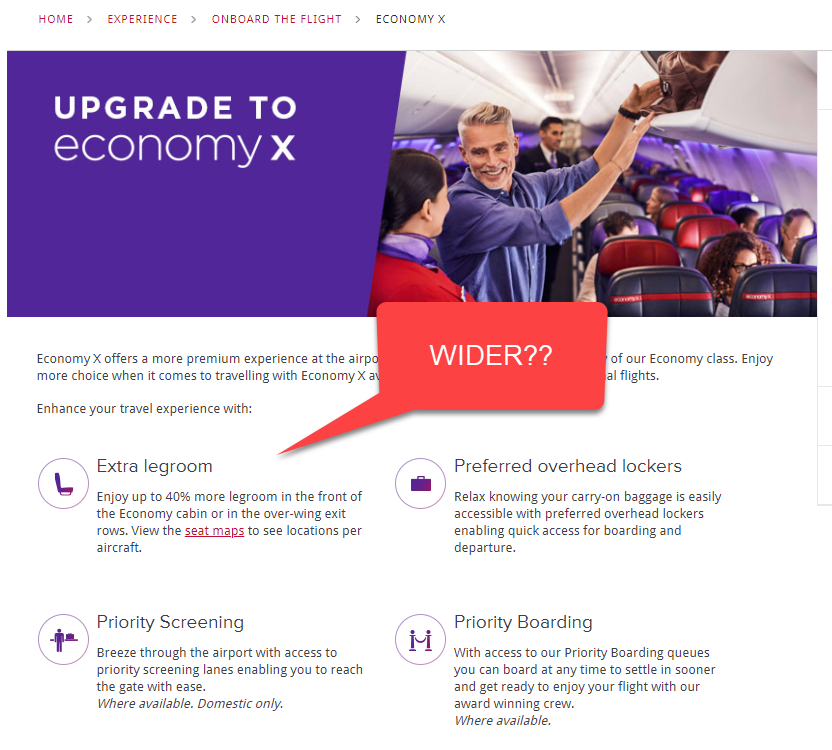 Now, you could argue that there are options available. If you want a 50% larger seat, you could buy a business class seat (or in the USA, 1st class seat). Really? For 50% more room, is it fair to need to pay this difference?

Now to be fair, some airlines will let you buy two seats. Even that's nasty. For 50% more room, we need to pay twice the fare, because airliners aren't required to allow for wider people?

And worse, I've done this in the past, and I can tell you it isn't easy. Most airlines have no way for you to do this on their online booking sites. Why? That in itself is poor.

I have clients who want to buy airline seats for me. Is there any way for me to make them larger after they or their travel agent has bought them?

That would be No.

I've also regularly had issues after purchasing double seats. It's then almost impossible to change a flight, compared to a normal ticket. I've even had my seating allocated to two separate places in the plane. And I've had flights where they decided that the two seats could no longer be offered. If you've booked a double seat flight on frequent flyer points, and need to change anything, that's into the realm of true challenge.

Why oh why does it need to be like this? And why do airlines put people, who already feel bad about being overweight (from societal pressure), into smaller and smaller spaces within the planes. They are already almost impossible to be comfortable in, and it's not fair to other surrounding passengers either.

I suspect that one day soon, the true nature of weight issues will become clear to the community, and real action will take place on this blatant discrimination. Some compassion will replace the victim shaming.

I'd just love to see the airlines get ahead of the game on this, as they are one of the main culprits causing the issues in the first place by their shrinking of passenger space.