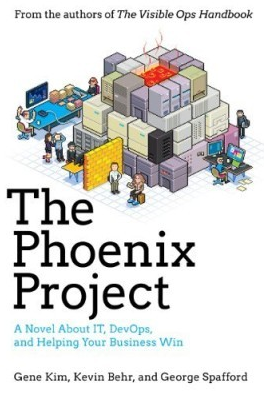 I've been spending a lot of time lately doing DevOps related work, and I thought it was important to post a review of what is often considered the first "DevOps fictional book". I know that sounds like a geeky book but it's not quite as you might expect. The Phoenix Project: A Novel About IT, DevOps, and Helping Your Business Win by Gene Kim, Kevin Behr, George Spafford is a bunch of fun.

It's the story of Bill. He's an IT manager at Parts Unlimited. (And for those who've done much Microsoft-related DevOps work, yes that's the same name as in the Microsoft sample apps). Bill's day is starting badly when he's pinged by the company's CEO.

Phoenix is the name of a new critical company project  that's in trouble: it's way, way too late, and way, way over budget. Yes, we've all seen projects like that. The CEO wants it fixed and he wants Bill to do it.

The authors of this book are well-known in the DevOps communities but perhaps the surprising part is how well this book is written. It moves quickly and is very entertaining to listen to. I wasn't the only one in my family to listen to it, so that's a testament to it not being too geeky. It's mostly about the human processes involved.

Now even though there are setbacks, everything ends up going better than what I see in most companies, but it's still full of interesting lessons.

This is regarded as a seminal book related to DevOps (even though it's fiction).

Bottom line: If you've never read this or listened to it, and you're into either DevOps, or just into trying to get things done in an organization, it's time to do so.