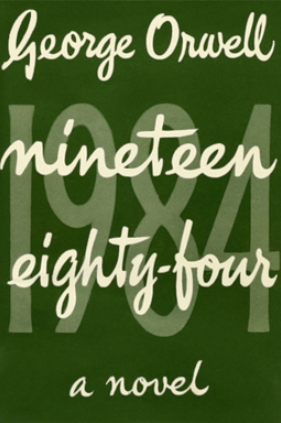 One of the things that using Audible has let me do lately is to get through additional books that I'm interested in. Part of that has been to go back through real classics. They don't come more classic than 1984 by George Orwell.

When I was at high school, this was one of Orwell's books that I read. Listening to it again now though, two things struck me:

The first two chapters in particular had me simply amazed at how prescient Orwell was. So many aspects of what he described that were clearly intended to be horrific and unthinkable at the time, and yet are so close to the current reality in many places that it's quite chilling to listen to.

The book describes Winston Smith living in a dystopian world that is constantly at war, barraged by endless propaganda, and surveillance. Smith is nobody special but is a member of the party, unlike the proles who he begrundgingly seems to admire somewhat.

If anything, it's quite depressing in a way, that humanity has learned so little since this was written in the late 1940's. Obviously, he'd just come through the second world war period, and I can't imagine how bleak that would have been. I'm sure the Nazi regime would have heavily influenced his thinking.

It's fascinating to see how Smith thinks he's a real rebel, yet the party is even more clever all the time.

The quality of the writing is amazing and it's clear to me why this is regarded as such a classic. Apparently, he had tuberculosis while writing most of this book.

Bottom line: If you've never read this or listened to it, it's time to do so.