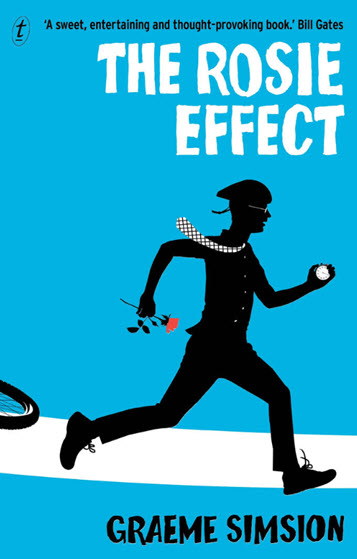 I mentioned in a previous review about how much I enjoyed The Rosie Project by Graeme Simsion. I couldn't wait for the sequel to come out and so I eagerly read The Rosie Effect: A Novel as soon as it was released.

The first book introduced us to Don Tillman, working on genetics at a local university and trying to help Rosie find her father. All along, he's trying to find a wife using scientific principles.

In this book, we move ahead to where Don is now a dad. Nothing goes quite to plan. And of course that's the way it always happens with children.

I clearly remember a friend of mine whose wife was a project manager, and she had planned out the entire pregnancy and afterwards using Microsoft Project. My friend was allocated various tracked tasks to complete.

I won't say more than it ended in tears.

So it's no surprise that there are a few bumps ahead for Don in this book.

I didn't find this book as compelling as the first (I think that's a syndrome involving sequels) but it's still a way better book than most.

I really liked it.