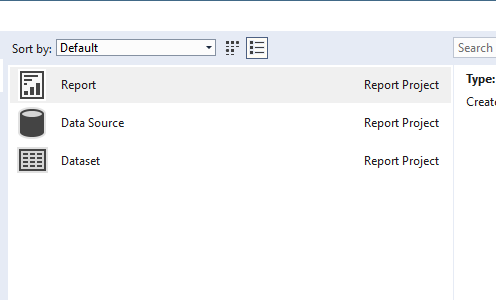 I'm always telling students that one of the first things you need to learn to do when working with SQL Server Reporting Services (SSRS) is to create report templates.

Now I really wish that SSRS had a real templating system, but what we have at present is just a folder that contains the items that we can create. For example, in an SSRS project, if I right-click Reports, and click Add, then New Item:

I see a list of templates to choose from:

Now what I really want to see is something like MyCompany_A4_Portrait ie: I should already have company templates set up for paper size and orientation, etc. Usually I'd have a template that already has a logo, a place for parameters to be displayed, a report title, etc.

Templates are just report files (ie: RDL files) but placed in a special folder on your system.

If you're starting with a blank page to create a report, you're doing it wrong.

But where do these templates come from? In the Visual Studio 2015 version of the tools, they were here:

I found after installing the VS2017 version of the tools though, that they weren't there any more. Instead, so far I've found them in different locations on different machines. One was here:

The other was here:

At one of those locations, you'll find these: 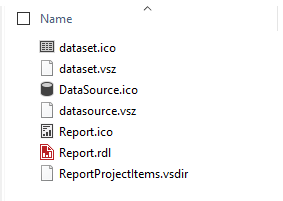 Note: once you've added the file to the folder, you'll need to restart SSDT to be able to see it appear as a template. That's because they now seem to cache the list of templates on startup.

I wish this was less confusing, and I wish there was a standard shared folder that templates could live in ie: shared amongst a group of developers in a standard way.