I often use the procedure sp_set_firewall_rule to set firewall rules for Azure SQL Server. (There's a similar call to set the firewall for databases). The other day though, I got an error that had me puzzled:

I also tried it with named parameters and got the same error.

When I looked at my previous scripts, I realised that I had used a Unicode string for the first parameter previously.

I’ve not seen a procedure before that wants a Unicode string that won’t accept an ASCII string. For example, this works just fine: 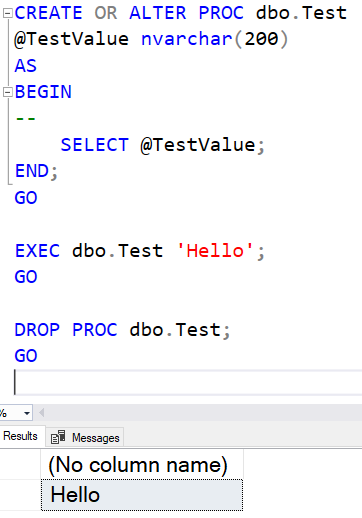 What threw me as well is that I couldn't find it in the list of system stored procedures. It's not there because it's actually an extended stored procedure. These used to mostly have xp prefixes, not sp prefixes, and are a good example of why I don't love using prefixes like that.

I really wish though, that this procedure had a better error message. While the current one is strictly correct, it is not actually all that helpful. 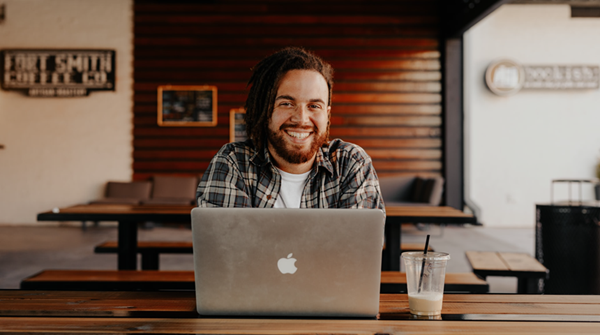 I'm really pleased to let you know that our latest online on-demand course is now released:
Advanced T-SQL for Developers and DBAs
To celebrate the release, you can get 25% off the pricing until Aug 14th by using coupon code ATSRELEASE
We've had so many requests from customers to bring this course to our online platform. It was always one of our most popular in-person courses, and it's now released and fully updated.
The course includes the instruction plus quizzes and the same hands-on labs that we use in the in-person courses.
We've made a big effort with this course to make it really easy for you to do the labs. The labs only require you to have a fairly recent version of  SQL Server Management Studio (SSMS) installed to complete them. You don't need to install anything else. We've provided the required databases online ready for you to connect to.
Not on the latest version of SQL Server? Not a problem either. Unlike most other courses, our courses always cover at least all the supported versions of SQL Server and show you what's changed between versions.
I hope you enjoy it. 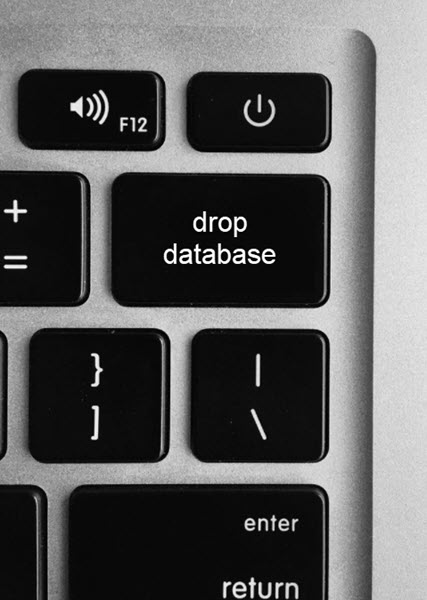 I often need to write scripts that drop and recreate databases. The hard part of that has always been reliably dropping a database if it already exists. And no, you wouldn't think that would be hard, but it is.

T-SQL has a built-in command for this.

You'd hope that would work, but it doesn't.  I wish it did. The problem is that it will fail if anyone is connected to the DB. And to check if anyone is attached, you first need to check if the DB exists, so it makes the whole "IF EXISTS" part that was added to this command, completely pointless.

Years back, the Microsoft docs library said to drop a database like this:

This was promising, but unfortunately, it has an issue as well. Because you were in the master database when you issued the ALTER, you don't know that you are the single user. So, periodically, that would fail too.

Over the last few days, we've had a discussion on an MVP list about how to work around this. Many thanks to Paul White, Erland Sommarskog, and Simon Sabin for contributing to it.

The best outcome I have right now is to use this:

To get the DROP to work properly, you need to execute the ALTER DATABASE from within the target database. That way, you end up being the single user, and even though you then execute a change to master, you hold the required session lock on the DB, and then the drop works as expected.

Because you can't have a USE Sales in the script if the Sales DB doesn't exist, this unfortunately has to be done in dynamic SQL code, where it is only executed if the DB does exit.

The last change to tempdb is just protection, if I have a script that then wants to create the DB and change to using it. If that goes wrong, I want to end up creating things in tempdb, not somewhere else like master.

What I've been asking for, and for a very long time, is this:

The ROLLBACK IMMEDIATE needs to be on the DROP DATABASE command, not on a separate ALTER command. Hopefully one day we'll get this. 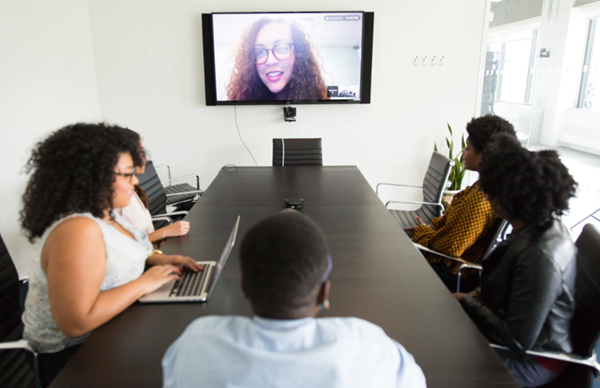 UNION and UNION ALL are commonly used to combine two sets of rows into a single set of rows.

EXCEPT is another set operator.

Can you explain what it does?

EXCEPT is used to remove any rows in the first set of rows, if the same rows appear in the second set.

For example, in the code below:

The query returns all the Trading Names for customers unless a supplier also has that same name.

In other database engines (e.g. Oracle), this operator is called MINUS.

Note: For EXCEPT to work, the queries must have the same number of columns, and compatible data types. The values must also be "comparable". For example, with strings, that means compatible collations, and it means that only comparable data types are supported i.e. spatial data types would not be, as they are not "comparable". 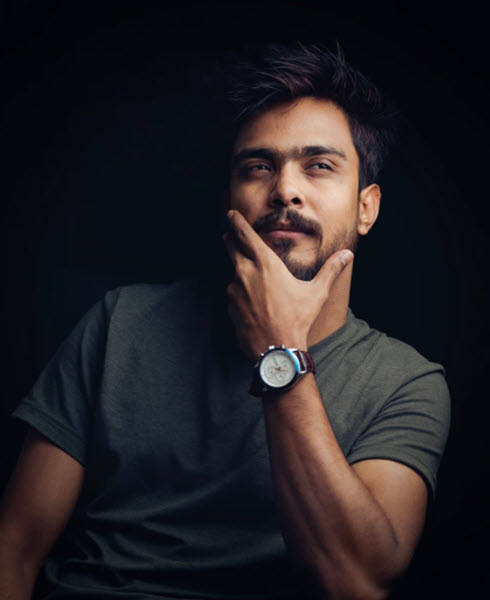 Well it turns out that there is a list, but not where you might have thought to look. They're spelled out in this article:

To avoid you reading the whole article, at the time of writing, these were the rules for Azure SQL Database:

Slightly more confusing is that the article says it's talking about the server admin password, but it also appears that this same list of restrictions applies to all logon/user passwords as well.

Azure SQL Managed Instance is exactly the same except it requires the password to be at least 16 characters in length.

I hope that helps someone, including myself when I next go looking for this.

Can you explain the problem that it is designed to solve, what most commonly causes the problem, and what impact this option has when you enable it?

On a SQL Server, you can end up with a large amount of memory being taken up by query plans that will likely never be used again.

There are two primary causes of this situation:

As an example, command objects in ADO.NET have a parameters collection. If you add parameters using the AddWithValue() method, you specify the parameter name, and the value, but you do not specify the data type. The problem with this is that the framework then tries to work out what the data type is, from the value.

The lengths of data types are part of the signature for each query plan. This means that you can easily end up with different query plans for every combination of every length of string that has ever been passed to the query. We call this Plan Cache Pollution.

The correct way to fix this is to avoid ever using methods like AddWithValue() and instead using a method where you specify the data type. The challenge here is that many frameworks like LINQ have this behaviour baked in, and the developer cannot change it.

Another option taken by some frameworks, is to just use varchar(4000) or nvarchar(4000), or worse nvarchar(max) for all strings. That will of course avoid the plan cache pollution, but it's likely to then cause issues with memory grants in poor quality plans.

In my last T-SQL 101 post, I described the CASE statement. Until SQL Server 2012, that was the only real option that we had for choosing between alternate values. In SQL Server 2012, Microsoft gave us another option with the IIF function.

In the main image above, you can see the equivalent CASE statement and the simplified IF function equivalent.

Again similar to how IF works in Excel, you can nest IF functions. For example, you can write: 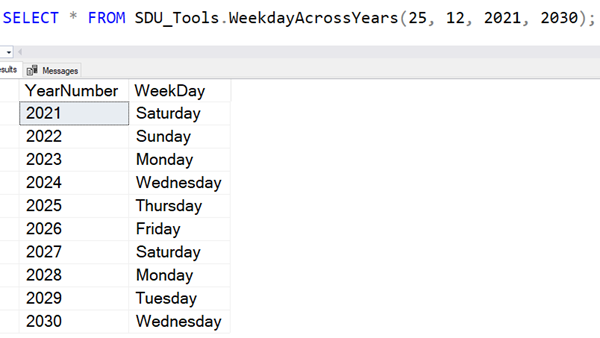 Another request that I received a while back, for a new function to our free SDU Tools for developers and DBAs, was to be able to find the day of the week, for the same day and month, over a range of years. A simple example would be to find what day Christmas will be each year for the next ten years. So we've added a new function WeekdayAcrossYears.

The function returns a rowset with YearNumber and WeekDay (in English).

You can see it in action in the main image above, and in the video here. The full current version of the code is also shown below:

You can use our tools as a set or as a great example of how to write functions like these.

Access to SDU Tools is one of the benefits of being an SDU Insider, along with access to our other free tools and eBooks. Please just visit here for more info:

Latest version of the code

A: What would be the difference in results if the query was changed to use a UNION ALL instead of the UNION?

B: What are the performance differences between using a UNION ALL and a UNION in a SELECT statement?

C: How could this query be rewritten without the UNION?

B: A UNION invariably involves more work and is slower as it needs to perform a DISTINCT operation on the results.

C: One option would be to rewrite it as follows:

When you add a column to an existing SQL Server table, the column is added to the end of the table. The column will end up with the highest column_id.

If a developer asks you how a column can be added to the middle of a table instead, what is your advice and how would you approach the request?

The first part of the advice is that ideally you won't care what order the columns are in your table. However, I completely understand that a developer might like to see columns grouped appropriately in a list of columns for a table, rather than just a random list of columns.

Unfortunately, SQL Server does not have an option like MySQL (for example), where you can add "AFTER", "FIRST", or "LAST" when defining columns.

With SQL Server, the general approach is to: