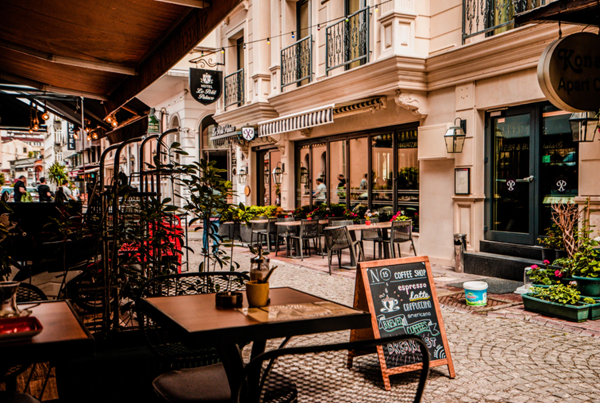 There's a café in Melbourne that I've liked going to for a while. It's not far from where I live when I'm in Melbourne, and it has all the makings of a really nice cosy suburban café. But there's something missing.

When I sat there the other day, my meal came as ordered but it was just a shadow of what it normally looks like. I put that down perhaps to a different chef that day. It's not great that they haven't all agreed on what those meals are usually made like, but that could have been a one off thing.

Another couple sat down near me though, and one of them put a finger on what the issue is with the café. He said "this place has no memory". He wasn't talking about the food changing; he was talking about each time you come in, it's like you've never been there before. What I think is the basic problem in that café, is that the only people who interact with the customers are the wait staff; there are usually only one or two, and they seem to change these staff regularly.

The old Cheers TV show had that aspect right. The theme song talked about people wanting to go where everyone knows your name.

A large IT company that I deal with has a partner program. I remember talking to one of their staff who had called me about an upcoming event and how they were running it. I asked why on earth they'd changed one of the core concepts. She said to me "It's always been that way". I said "No, it definitely was different". She said "Ever since I've worked here, that's how it has been". I asked how long she'd worked there, and she told me "Six Months".

But every few years, they seem to manage to have a need to purge all the feedback, either as some ill-conceived way of "tidying up" the feedback, or by losing info during migrations between feedback systems.  Either way, the information and rich discussions they have lost are amazing. Wonderful insights that were provided by people who've now moved out of the industry are all gone.

Now add into that mix a constantly changing set of staff within the relevant teams in the company. Again, you've created a lack of organizational memory. And time and again, you see the same mistakes made by new staff that previous staff had made.

Does your organization have a memory problem?