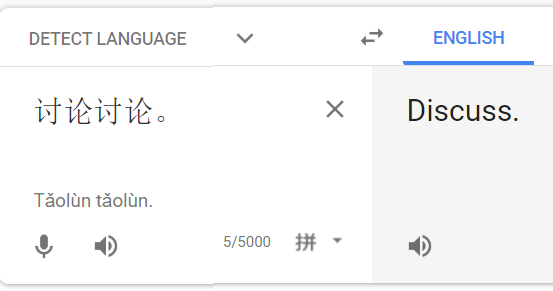 In a previous post, I talked about how adjectives are often doubled in sentences, typically for emphasis. Verbs can also be duplicated, but that is used to soften the verb or mood. It also generally indicates that the action won't take too long, or won't be too hard.

For example, the sentence:

As well as 看 (kàn) which means to look, it's often used with these:

Two word verbs can also be doubled, but unlike adjectives where AB becomes AABB, with verbs AB becomes ABAB.

UPDATE: Quick thanks to John fan Zhang for reminding me about another related pattern. I meant to include it in this blog post but for some reason, I forgot.

It's common to hear:

The same pretty much applies to any of the verb doublings.