You might need to work out how long a string is. There are two ways you could measure the length of a string. The first is the number of characters; the second is the number of bytes (i.e. the amount of data).

You can see both here: 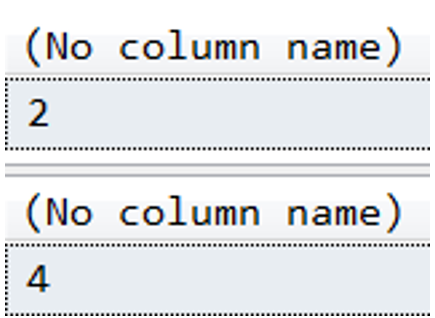 Even though I've provided a Chinese string, LEN still returns 2 as the number of characters in the string.

But because they were each two-byte characters, the function DATALENGTH returns 4 as the total number of bytes.

If you would prefer a function that returns the actual number of characters, including trailing spaces, I'd suggest you look at the StringLength function in our free SDU Tools for developers and DBAs.