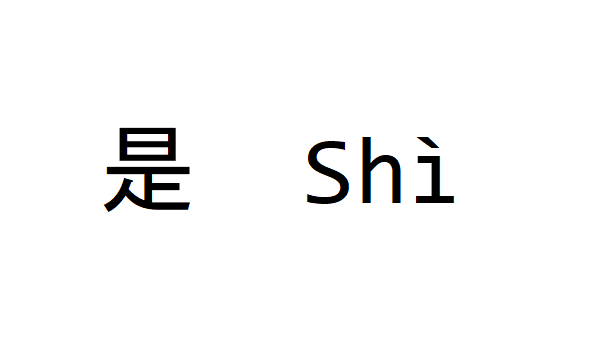 In many ways, verbs in Mandarin are easier than the ones in English. There's no need to learn any equivalent of conjugation and tense.

In English, we have a verb like make but then we have to learn made, making, and how to use will make, has been made, etc.

In Chinese, there's pretty much a single form of the verb, and there's another character that is often used to indicate that an action is complete.

Do we even need the verb?

Even simpler, the verb is often omitted entirely and replaced by a type of adverb. Let me show you a concrete example:

The general use of "is" is quite like in English.

我是澳大利亚人。(Wǒ shì àodàlìyǎ rén.) means "I am Australian". Literally, it's like "I is Australia person".

But the common mistake made by many new learners is to include the "is" when it's not needed.

Coming from English, if we try to translate "she is beautiful", it's tempting to try:

But that's incorrect. Instead, when combining a subject with an adjective, you normally use the word 很 (Hěn) which is pronounced somewhat like "hun" but has a falling and rising tone in the middle. It would normally be translated as "very".

她很漂亮。(Tā hěn piàoliang.)  Literally, this is "she very beautiful", which sounds odd in English but perfectly fine in Mandarin. And note, that unlike English where every sentence must have a verb, that sentence has no verb.