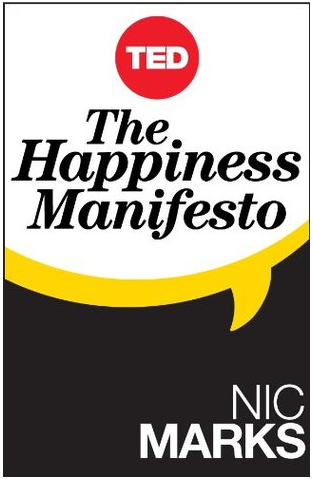 One of the depressing things about watching TV is that producers (and in particular Hollywood-based producers) seem to have a very skewed concept of what happiness comes from.

Here's a bit hint: it's not from wealth or fame.

I've made enough trips around the Sun to know that anyone who believes what that TV is telling them, is being conned, big time.

Now I'm not saying that being poor is fun either. It's not. In particular, anyone who's deeply in debt would understand that they have very little control of their own lives.

I've known quite a lot of seriously wealthy people, and I can tell you that so often, they are some of the saddest, messed up people that I've ever met. If you've ever looked into a family many years after a big lottery win, things aren't special like the lottery ads would have you believe.

Things aren't helped by politicians who seem to assume that endless growth in GDP for a nation is the best indicator of doing well. It's not. In his book The Happiness Manifesto, Nic Marks wishes we had a measure of happiness of the people of a country, rather than a measure of GDP. In the big scheme of things, it would be far more useful if the policies being pursued by governments were about enhancing the quality of lives, and overall happiness of the citizens.

So it's interesting to get into the real roots of happiness.

Marks founded the Centre for Well-Being in London, as an independent think tank. He's spent a lot of time looking into happiness and what leads to it, and in this book, he suggests a lot of approaches that could be taken to have governments head in a much better direction, and how these approaches might be applied to a variety of disciplines. He'd rather see us measuring an HPI (happy planet index) rather than GDP (gross domestic product).

I really enjoyed this book. I particularly liked the way that Marks didn't just tell us vague concepts, but drilled into how they could be applied in practice.