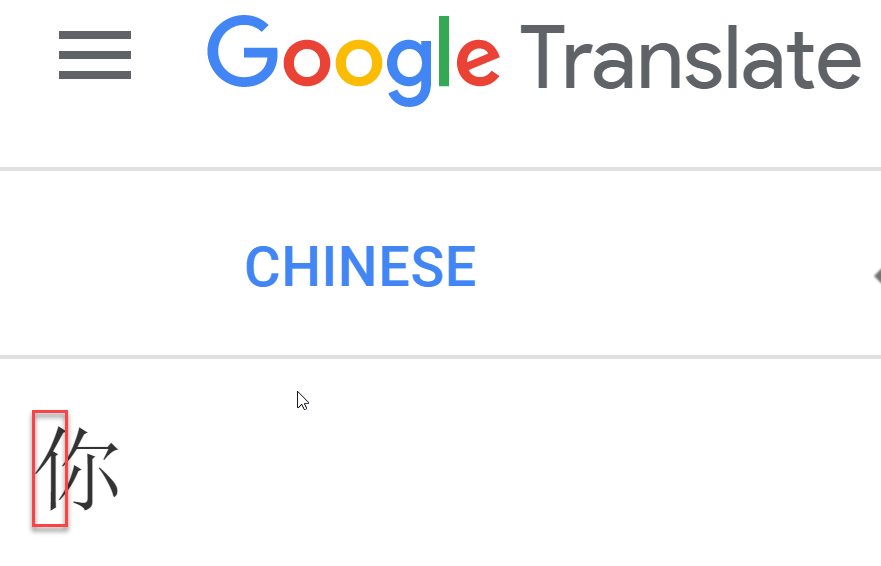 I get a lot of questions from people about how anyone ever learns so many Chinese characters. There are about 30,000 of them but, like in English, most people use a much smaller subset of them. I've often heard 2,500 mentioned as a good level, and enough to read most newspaper articles, etc.

One trick with learning the characters is to learn about radicals. In many cases, recognizing the radicals will help you to recognize the characters.

Radicals are written as part of characters but they're usually squashed. For example, the word

But it's also the character on the left hand side of this word:

The word means "you" and the person radical is the vertical line and the stroke leading up to it. I've highlighted it in the main image above. It's referred to as:

Another common word that appears as a radical is:

You'll often see it as a series of droplets:

海 (Hǎi) is the word for sea. The three droplets on the left are the squashed form of the word water. So it would be called:

Learning the common radicals can help you to recognize words much more quickly. You'll often have an idea what they're about.