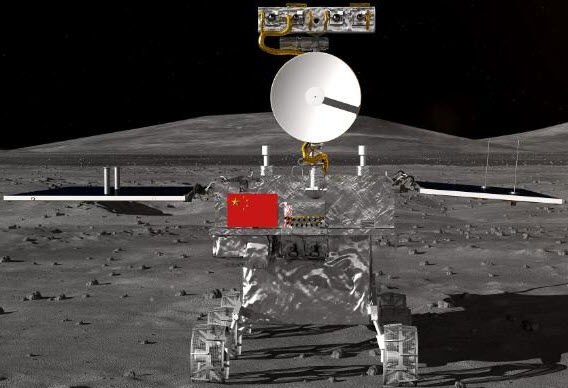 中秋节 (or Zhōng Qiū Jié) is the mid-autumn festival and it's this weekend. (Mid-autumn in China -> Northern Hemisphere).

It's also called the Moon Festival. In fact, it's celebrated on the 15th day of the 8th lunar month. Similar to the way that the date for Easter moves around, the mid-autumn festival will normally end up some time in September or October each year.

For many Chinese, this is a time for family reunions. The round shape of the full moon symbolizes this.

Chinese have long held the moon in great esteem. The legend of Chang ‘E is based around the wife of a tyrannical ruler who has lived on the moon since being flung out a window by her nasty husband. He was the king at the time. She is said to have lived there with her friend, a giant jade rabbit.

This legend is so embedded in the culture that the country named its lunar orbiters after it: Chang'e I, Chang'e II, and Chang'e III. In fact, their lunar rover was named Jade Rabbit (玉兔 or yù tù).

The traditional food for this festival is Moon Cake (月饼 or yuèbǐng). When I first tried this, I can't say I loved it but it has now grown on me somewhat. It's basically a very sweet and salty desert pastry filled with lotus seed paste or red bean paste. It might have a center of salted egg yolk (looking a bit like the moon). Because it's not to everyone's taste, many other flavors of moon cake are now made.

Anyway, this year the festival is this weekend so 中秋节快乐 (happy mid-autumn festival) to my Chinese friends !